AIEngine is a next generation interactive/programmable Python/Ruby/Java packet inspection engine with capabilities of learning without any human intervention, NIDS(Network Intrusion [… 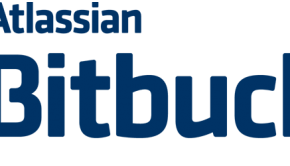 AIEngine is a next generation interactive/programmable packet inspection engine with capabilities of learning without any human intervention, NIDS functionality, DNS […

Canape is a network testing tool for arbitrary protocols, but specifically designed for binary ones. It contains built in functionality […

httpry is a specialized packet sniffer designed for displaying and logging HTTP traffic. It is not intended to perform analysis […

PacketFu is a mid-level packet manipulation library for Ruby. With it, users can read, parse, and write network packets with […

netsniff-ng is is a free, performant Linux network sniffer for packet inspection. The gain of performance is reached by ‘zero-copy’ […

What is Scapy Scapy is a powerful interactive packet manipulation program. It is able to forge or decode packets of […
Back to Top ↑