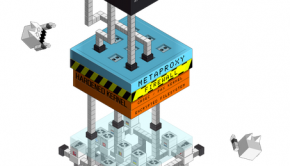 Radiography is a forensic tool which grabs as much information as possible from a Windows system. RadioGraPhy is OpenSource (GPL License) and come […

netsniff-ng is a free, performant Linux network analyzer and networking toolkit. The gain of performance is reached by ‘zero-copy’ mechanisms, […

FreeDOS is a free DOS-compatible operating system for IBM-PC compatible systems. FreeDOS is made of up many different, separate programs […

Qubes is an open source operating system designed to provide strong security for desktop computing. Qubes is based on Xen, […

The Debian project is pleased to announce the eighth update of its stable distribution Debian GNU/Linux 5.0 (codename “lenny”). This […