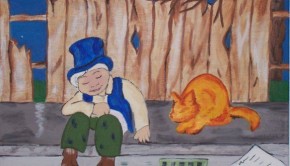 Internet is an amazing virtual world where you can “virtually” do anything : gambling, playing, watching movies, shopping, working, “VoIPying”, […

Mantra is such an innovative product, a security framework built on top of a browser. Its cross platform, portable and […

Basing us on the grateful browser Firefox and its personalization capabilities, we have created FireCAT: Firefox Catalog of Auditing exTensions. […

As 4 years before, I wanted to test the possibility of turning the Google Browser Chrome into an Application Security […

Mantra is a dream that came true. It is a collection of free and open source tools integrated into a […

Mantra is a security framework which can be very helpful in performing all the five phases of attacks including reconnaissance, […

DOMinator is a Firefox based software for analysis and identification of DOM Based Cross Site Scripting issues (DOMXss). It is […

Wappalyzer is an add-on for Firefox that uncovers the technologies used on websites. It detects CMS and e-commerce systems, message […