Enumdb is brute force and post exploitation tool for MySQL and MSSQL databases. When provided a list of usernames and/or […

GetAltName (or GAN) is a tool that extracts sub-domains or virtual domains directly from SSL certificates found in HTTPS sites. […

Bluto is a Passive Reconnaissance Tool. The target domain is queried for MX and NS records. Sub-domains are passively gathered via […

WPHardening is a security tool for WordPress. Different tools to hardening WordPress

El Jefe (pronounced ‘ell-HEFF-ay’) is a Windows based process monitoring solution. El Jefe produces a unique view into how processes […

GoLismero is an open source framework for security testing. It’s currently geared towards web security, but it can easily be […

Bing-IP2hosts – Enumerate hostnames for an IP using bing.com. This feature is can be used with the IP: parameter in [… 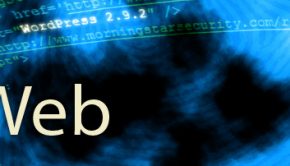 WhatWeb identifies websites. Its goal is to answer the question, “What is that Website?”. WhatWeb recognises web technologies including content […
12
Back to Top ↑