Nullcon (http://nullcon.net) is Asia’s first ever event organized and managed by an official security community and its members. We are […

RSA Conference is the most comprehensive forum in information security offering enterprise and technical professionals one-stop learning. Learn about the latest […

ClubHack is a not-for-profit initiative based out of India. Started as a annual international hackers’ convention, ClubHack has became much more […

ClubHack is a not-for-profit initiative based out of India. Started as a annual international hackers’ convention, ClubHack has became much […

W3C, the web standards organization, held its first developer conference on Tuesday 15 and Wednesday 16 of November

Has been published the full archive of DEFCON 19. 🙂 We are happy! https://www.defcon.org/html/links/dc-archives/dc-19-archive.html Enjoy it!

I was on OWASP AppSec Latam 2011 (Porto Alegre, Brazil), this was the first AppSec on Latam. Really I had [… 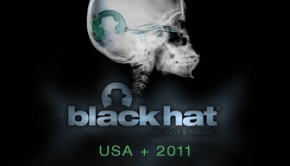 NETpeas is very proud and honored to announce that we have agreed to sponsor, via @Toolswatch activities, The Black Hat […

We at VulnerabilityDatabase are very happy to be selected as Media Partner by the Guys at Hack In Paris. It […
«‹23456›»
Back to Top ↑