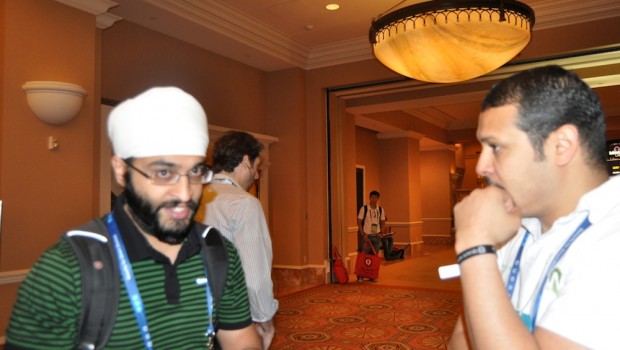 OData is a new data access protocol that is being adopted by many major software manufacturers such as Microsoft, IBM, and SAP but hasn’t been publically explored in terms of security. OData aims to provide a consistent access mechanism for data access from a variety of sources including but not limited to, relational databases, file systems, content management systems, and traditional web sites. Meeting Gursev just before the Arsenal Show, where he demonstrates a pentesting tool for OData Protocol. Gursev is a nice gifted pentester & hacker. OData Assessment is very uncommon and there is no tool out there except the one (Oyedata) crafted by Gursev as an effort to share and to help.