REMnux is a lightweight Linux distribution for assisting malware analysts in reverse-engineering malicious software. The distribution is based on Ubuntu and is maintained by Lenny Zeltser.

REMnux is designed for running services that are useful to emulate within an isolated laboratory environment when performing behavioral malware analysis. As part of this process, the analyst typically infects another laboratory system with the malware sample and directs potentially-malicious connections to the REMnux system that’s listening on the appropriate ports. 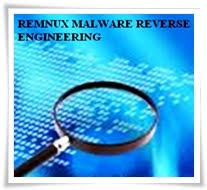 REMnux is also useful for analyzing web-based malware, such as malicious JavaScript, Java programs, and Flash files. It also has tools for analyzing malicious documents, such as Microsoft Office and Adobe PDF files, and utilities for reversing malware through memory forensics. In these cases, malware may be loaded onto REMnux and analyzed directly on the REMnux system without requiring other systems to be present in the lab.

You can learn about malware analysis techniques that make use of the tools installed and pre-configured on REMnux by taking my course on Reverse-Engineering Malware (REM) at SANS Institute.

What REMnux Is Not

REMnux isn’t a fancy distribution that was built from scratch… In simple terms, it’s trimmed-down version of Ubuntu and has various useful malware tools set up on it.

REMnux does not aim to include all malware analysis tools in existence. Many of these tools are designed to work on Windows, and investigators prefer to use Windows systems for running such tools. If you are interested in running Windows analysis tools on a Linux platform, take a look at the Zero Wine project.

If you are looking for a more full-featured Linux distribution focused on forensic analysis, take a look at SANS Investigative Forensic Toolkit (SIFT) Workstation.